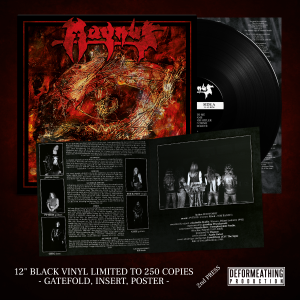 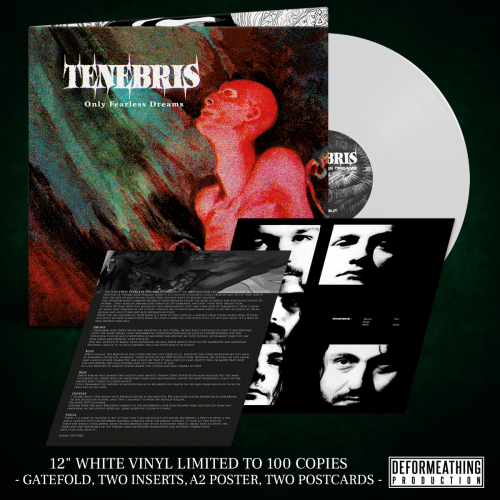 Tracklist:
A1. Cydonia (Preludium)
A2. Faeton
A3. Atmosphere
A4. Immortal
A5. Give Me The God's
A6. Only Fearless Dreams
B1. Space Dancer
B2. Crippled Dimension
B3. Sirius
B4. Forgive Me
B5. Cydonia Region
B6. Mesmerized

Description:
It is the beginning of 1996. The second Tenebris album is released on cassette. A year later, the CD version appears. The material on the album was bold, innovative, ahead of the time. Despite the undisputed uniqueness, it remained a bit underrated and probably not fully understood... Time passed, the band played concerts, the material began to become legendary here and there, not to say a cult.
Despite many obstacles, mishaps, and volatile market trends, the team has survived, works and creates to this day. This is one of the elements that proves that the music created by Tenebris is something completely different than "momentum", contractual obligations or the desire to shine cheaply in these or other salons.
Ladies and Gentlemen, for the 30th anniversary of the band and the 25th anniversary of the original release - "Only Fearless Dreams" in the vinyl version in the colors of Deformeathing Production!

Szymon / Tenebris comments:
"Only Fearless Dreams finally got a vinyl, we had to wait a long time for it, but in the end the stars are favoring us again. DP has prepared a wonderful edition of OFD for you - it will be like a pearl in the crown of every collection." 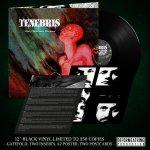 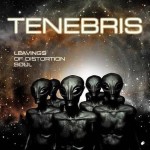